Try the new version of Windows before its launch 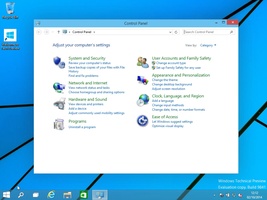 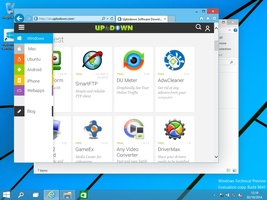 Advertisement
Windows 10 is the latest operating system from Microsoft, which brings back many features lost in previous editions and introduces long-awaited functionalities that have already been available on competitor software for a while now.

One of its main novelties is the return of the Start menu to the traditional desktop after its disappearance in Windows 8. From it you can access most of your installed programs as well as the 'Live Tiles' on the Metro desktop, the latter being another major improvement to the operating system: Windows Store applications will finally be combined with the traditional ones, so you can use both of them in windows.

Another much-anticipated addition is that it's finally possible to work simultaneously in multiple virtual desktops. 'Task Switch' has improved usability considerably by allowing you to change between one window and another, so it's now much more fluid to use lots of software simultaneously.

You are required to register for the Windows Technical Preview program to receive the product key associated with this particular download.
Advertisement

Why is this app published on Uptodown?
(More information)

Why is the language Espanol ...can It allows to download English pack?